Why are we getting heavier?

You already know how harmful smoking is to your health. But did you know that obesity has now overtaken smoking as the leading cause of premature death and illness in Australia?

Around 60 per cent of adults are now overweight – a figure that’s mirrored in New Zealand where Ministry of Health figures show that more than one in four men and women are obese. And, within the Maori population, a staggering 40.7 per cent of men and 48.1 per cent of women are classed as not just overweight, but obese.

If we go on this way, around 80 per cent of adults and a third of children will be overweight or obese by 2020. And, by the time our children reach the age of 20, they will have a shorter life expectancy than earlier generations simply because of being too heavy. So why are we gaining so much unhealthy weight?

1. Consuming too much, expending too little

You become overweight when you consume more calories that you use up – that’s too many calories in and not enough calories burned via daily movements and planned exercise. Are you exercising between 30 minutes to one hour on most days of the week? Yes, finding the time to fit in in planned exercise can be hard, but it’s important to try. And, if you can’t manage it all in one go, opt for three to six minutes of exercise like brisk walking several times each day to total up your exercise bank.

Through farming and food production, some foods are relatively cheaper today than they were compared with past decades. This is especially true for fatty/sugary foods. Take soft drinks, for example. Dr David Ludwig, a Harvard endocrinologist writing in The Lancet showed that sweetened drinks are directly linked to weight gain. Once considered an occasional treat, soft drinks including fruit drinks, juices and flavoured waters, have become a regular part of the diet for many. And since our liquid intake has increased (and that includes, so have our waistlines…

Another weight gain contributor is increasing portion sizes. Increasingly larger portions and more processed foods around has made overindulging so much easier. Having so many cheap-ish foods around has distorted our perception of what a typical portion size looks like. If you were offered a 200ml coffee at the coffee shop instead of a 300-400ml grand with whipped cream, would you feel cheated?

In many studies, pioneering US researcher Brian Wansink has proven that if you present people with larger portions they consume more without actually acknowledging that

they’ve done so. In one famous experiment, one group of people were given large bowls served with breakfast cereal and a second group were given the same amount of cereal but in smaller bowls. The people eating from larger bowls consumed 16 per cent more cereal than the smaller bowl consumers. Yet despite eating more, those eating from larger bowls estimated that they consumed around seven per cent less than the amounts estimated by the group eating from the smaller bowls. Doesn’t sound like much? Well consuming just 85 extra calories per day (the equivalent to five jelly babies) could add over 4kg to your weight every year. Over five years, that’s a hefty 20kg!

4. Filling up your plate

Using oversized dinnerware appears to trick your mind into believing you’ve eaten less. In other words, the larger the plate, the more food you intend to eat without necessarily realising it or even wanting it. Professor Wansink showed that individuals eat more, even if they don’t like the food they’re eating! So, serving smaller portions and using smaller crockery and glassware could have help you make the small changes that will add up to bigger and better health results.

According to a study published in the Journal of the American Dietetic Association, most people estimate portion sizes inaccurately. For pasta, subjects measured out, on average, more than half more than they meant to (156 per cent). Weigh and measure your portions for the next week to re-establish a correct portion – and try using smaller plates and bowls.

Do older friends and family members tell you that they never had it as easy as you? They might have a point! Our increasingly sedentary lifestyle means that we use up much less energy. And, by not using up calories, you may be shortening your lifespan and increasing the risk of conditions like heart disease and stroke.

7. Is sitting the new smoking?

More and more research is proving that sitting for long periods is hazardous to your health. In fact, one study led by the University of Sydney found that sitting too much increases the risk of dying early. So, sitting less and being more active can help the body break down fats and sugars more easily. This in turn helps to reduce the risk of chronic metabolic conditions such as type 2 diabetes, heart disease and stroke.

So try doing squats while you brush your teeth. Be a fidget. Walk to see work colleagues instead of using email. Pace when you’re on the phone. Take the stairs instead of the lift. Offer to go on the coffee run (and go for low fat-milk or low-fat soya). Try to get up and get moving every 20-30 minutes. Add at least half an hour of moderate to vigorous exercise daily or on most days of the week and you’re well of the way to a fitter new you.

8. Not focussing on freshness

According to the Australian Institute of Health Welfare’s report Food and Nutrition 2012, a massive 91 per cent of Australians don’t eat enough fruit On top of that, many of us are eating plenty nutrient-poor but calorie-rich foods. And the leading offenders seem to be highly processed high-fat, high-sugar foods. Food that are rich in calories but low in nutrients including fibre.

High-street versions of foods we once made at home tend to be higher in calories, fats and salt spelling disaster for your waistline and your heart. We are also consuming large amounts of sugar and not necessarily in the foods you’d expect to find it. For example, high fructose corn syrup (HFCS) made as a by-product of corn farming is often used in processed foods because it’s relatively cheap. You can find it in pizza, bread products, condiments and even meat and coleslaw.

In large amounts – for example in a diet that is high on processed foods – HFCS can be damaging. Fructose is fine in its natural form in fruits and veggies – it come with fibre and lots of nutrients plus water to fill you up. But, when concentrated fructose in the form of HCFS is eaten in large amounts, excess is converted into body fat. It also suppresses the hormone call leptin which signals your brain that you have had enough to eat.

Although low-fat eating and low saturated fat in particular is best for your heart as well as your waistline, be careful that the low-fat products you use aren’t filled with sugars.

Too much fat combines with sugar and salt (a heady combo that you’ll find in fast foods) is thought to appeal to the brain in the same ways as some addictive drugs do. Time to kick the habit?

Your body has evolved to expect you to drink water to quench thirst. So, when you present it with a mixture of sugars and alcohol, you won’t feel full as if you had consumed the calories in food.

Juices – even unsweetened juices are rick in sugar. Carbonated drinks contain acids which also erode enamel from the teeth. Whilst alcohol is loaded with calories (some are also sugar-loaded). So, opt for nature’s most natural thirst quencher when you can. Or, opt for veggie juices – rich in nutrients and low in sugar.

If you’re ready to reset your weight and your health, the RESET™ program is a great option. Due to start in early the next few days, the RESET Challenge is a great way to kick-start your better health goals.
Stay tuned for more!

How to create a positive workplace 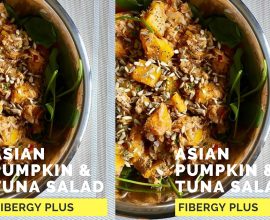 This salad is easy to make and satisfying to eat. To make it more substantial, have it with wholemeal couscous...
Nov 11, 2016  /  0 comments 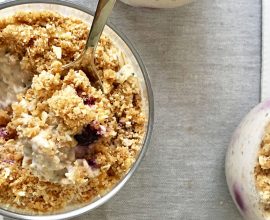 Oats are not my favourite food, but after reading about the health benefits, I want to incorporate it into my ...
May 31, 2017  /  0 comments 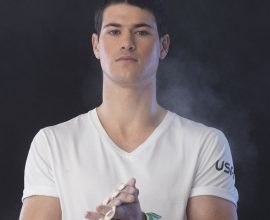 I had the pleasure of interviewing Kiwi gymnast, coach, and sponsored USANA athlete, David Bishop.  Keep read...
May 11, 2017  /  0 comments